It is a well-known fact that Samsung is a giant mobile device maker and is stepped into manufacturing many devices that are useful in our daily lives all over the world. It is also a company that comes up with new features in its every new device and stands out of the world compared to the devices that are in trend.

Whatsapp has become one of the most popular social networking apps in all the world because of its awesome and cool features. I know that you all love to use WhatsApp. WhatsApp initially stated its service on Android and IOS and later they include many other Platforms to their service range. It started to gain popularity after 1 year of launching date, by this time WhatsApp has replaced many Messaging apps with its superb features.

WhatsApp is a messenger that is used to send and receive messages for free of cost with the help of internet. Facebook bought it for like $19 billion dollars. Since then, both Facebook and WhatsApp are rolling in with the new features into the app to stay in the competition. The new features are in a way that we can’t ignore and stop using them.

The features of WhatsApp now include Video calling, voice messages, free messaging, file sharing, stickers, sharing GIF images and much more to the list will be added in the days to come. The updates will be listed in this article right here. 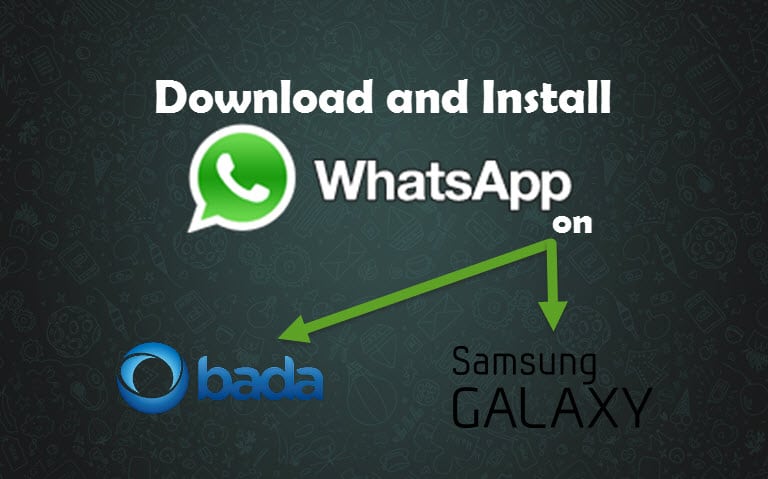 Whatsapp now supports -Android, IOS, Symbian and Many Other Popular Smartphone OS. You can also use WhatsApp on your PC but there is one platform that the WhatsApp team has not built an app for, that’s the Bada Smartphone OS.

So, if you’re using an Android Device then you can easily use WhatsApp. But if you have any Smartphone that runs on Bada OS then it’s not the same easy steps as you do on Android. But don’t worry I have found a way which will help you to install WhatsApp on your Bada OS Smartphone.

As Bada OS supports.Jar application format which is supported by most of the phones. We will use this kind of application to install the application on Bada Smartphones. Just follow the step by step guide. 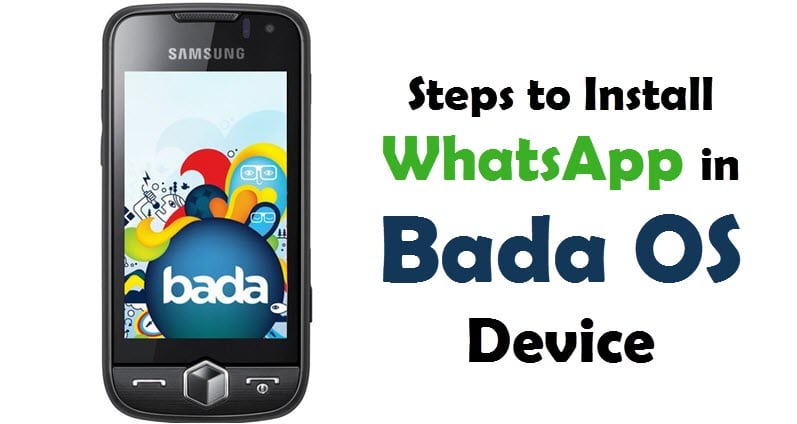 Step 2: Now Connect your Bada Smartphone to Your Computer.

Step 3: Send the file to your Smartphone using Windows Explorer.

Step 4: Now disconnect your phone from your computer and go to your phones file manager app and browse for the file that you just send now to your phone.

Step 5: Click on that file and Install it on Your Phone. And it’s done.

Here is the List of Samsung Phones That Runs on Bada OS:

This is the final category in the article which says about downloading and installing WhatsApp for Java Phones. All you need to do is to follow this simple guide which I think is the best and simple guide. Let’s begin now.

WhatsApp is the most used app that is easy to communicate and simple to install. WhatsApp is that kind of app where on can share the message within seconds. With the latest updates rolling up on this billion dollar giant which is owned by Facebook, you have many reasons to stick to this app.

So far in this article, you have seen how to use WhatsApp on Samsung Bada phones. So, if you own a Samsung Java or Samsung Android Phone then, there is a detailed piece of an article dedicated to this which you are reading now.

Now here are the steps to install WhatsApp for Java Samsung Phones.

Since the phone number is verified now, you can start using WhatsApp for Samsung Java Operating System. 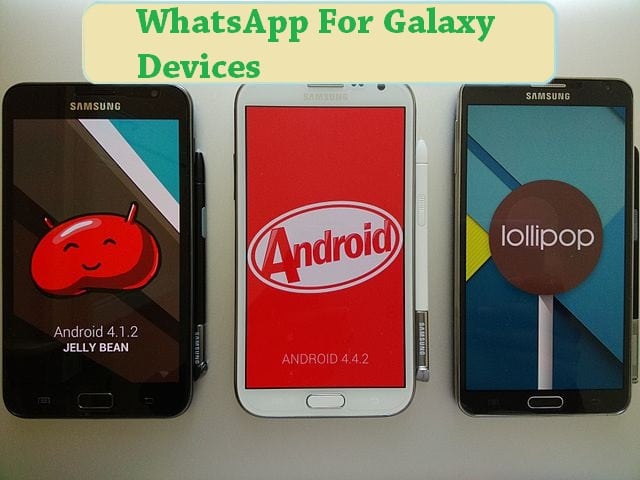 As most of the Samsung Galaxy smartphones runs on android so it’s pretty easy to install WhatsApp on galaxy phones. You can go to Google play app from your smartphone and Search for “WhatsApp”. Download that and Install on your smartphone. The installation will be same as other app installs on Android.

Here are the names of Samsung Galaxy Phones that supports WhatsApp:

Here are some of the awesome features that WhatsApp Offer to user – Free messaging to friends, video and other media (Images, Songs and Etc.) sharing, you need internet connection to receive file but once it received you can view that offline, sharing your location, Blocking annoying users, You can do group chatting using Whatsapp, and there are many another service that has to make it the king of social networking apps. It’s so popular that people now use WhatsApp as replacement of the default messaging app of the smartphone.

Tizen is an Operating System that was used by Samsung a few years ago, but there are a few device owners that still use it. When it was released a few years back, it was a totally new addition to the stream of operating systems back then.

Samsung could only release one device till now and it happens to be Samsung Z1. It is the only device that is released. If you have bought the device and want to install WhatsApp to it, then you must consider this tutorial.

This is all. Now you just need to install the WhatsApp on your Tizen Samsung Phone.

Like we said in the early part of the article, Samsung comes with the Android Operating System, which is considered as the most flexible smartphones in the market of smartphones.

Let us now consider that you have got a new device in Samsung and you have to install WhatsApp since it is the top apps that need to be installed for its unique features. Here is the process for you that helps in downloading and installing it on the device. Follow the steps mentioned below. You can Download WhatsApp Apk on Samsung.

If you find any complications in the above process mentioned, you can drop a comment down after the article.

I hope this article has helped to install the WhatsApp on your bada and Galaxy smartphones. If you face any problem in all the steps then please do comment below and let me know. I will love to help you and answer your question. Also, Share the post where you can. And at last thanks for reading.