Wonder how exciting it will be to play games on your phones to avoid boredom in various situation, or maybe for the hobby. Being productive while playing video games, that is Minecraft for you! In the era where video games have taken the world by storm and have every 4th out of 5 people addicted to it. With innovative technologies and continuously progressive methods, the video game is not a game of single player or only for pc, mac, or iPad now. 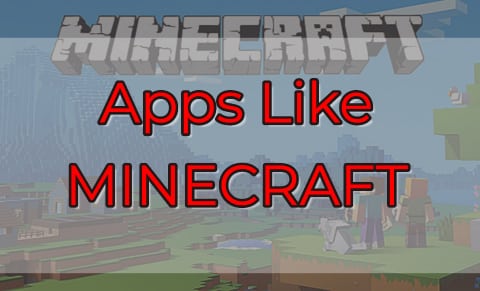 It has also shifted its focus to mobile phones and platforms like android and windows phone. Now you can challenge random people at once sitting in any corner of the world, or your friends. We’re going to discuss here various games for androids. Here’s the list 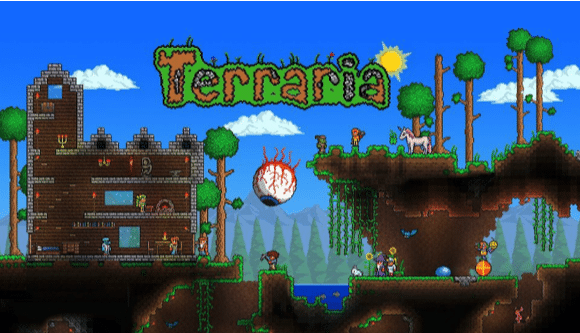 In this adventure and the action block game, surviving is the primary task to keep the game going. A multi-platform game that can be played either on your pc, androids or gaming consoles. With a story that takes you forward unlike any other game, it ranks number one on our games list. It can be downloaded for free on Google Play store.

Block Story by Mindlock is free to install on Android devices from Google Play store. The game offers various levels, pets, wizards, and dragons. All you need is to cross levels to get access to various other resources and powers. One of the favorite alternative among the gamers of the Minecraft.

The game can be played on Android, Ipad and windows phone and is free for downloading. Also considered as one of the best sandbox game, the primary emphasis of this game is survival, and it depends on precisely like our real life outside the game. The main feature of this game is it’s still developing and keeps on adding new features and becoming better every day.

As the name suggests, it gives gamers the privilege to craft their arms. One can create the most powerful gun by selecting the suitable material and design and can also compare it online with various other players to check the gun’s score. Indeed one of the most exciting game, isn’t it?

Regarding being a free game, it is by far one of the best game considered in the variety of the size and multiple options. Plus it is user-generated, focused on creativity, the players can create their levels according to their moods or wants. There are many different options to try in the game. It is worth a try.

If you like an adventure game with survival mode, this game is your go! The central theme of this game is profoundly different ones from that you’ve played before or that are mentioned in this list. But this is not free. You can buy it from Google Play store for INR330. The game is about not starving as the name suggests but to hunt for food and remain alive in various situations. Sounds interesting enough.

You can download it from Google Play, but you must be aware that it is not free. You can purchase it for 4.99$. More adventurous and crazy for those who want to keep on building things from their imagination? You can use your imagination and can also tame creatures like aliens etc. Once you learn the game, you’re good to go.

It dominated the gaming world as soon as it released on the gaming platform. The necessary task is to catch Pokemons while being outdoors and finding them and capturing in poke balls. The realistic virtual game also offers the user to do Pokemon battles and increase the levels.

The Pokemon craze is so high that the server crashed just after a day of its release and it will not be a surprise if you already have it on your mobile phones. The game can be downloaded easily from the play store for free and can be played while being connected to the internet. The updates are around the corner which will add more Pokemons and various other challenges.

Clash of Clans is one of the most played games of the century and is still on top with new updates being added now and then, with the vast fan following and an everyday growing community. The game can be downloaded from Google Play for free and supports both ios and android. The game offers attacks on other clans, increasing wealth and sustaining the life of a group. Highly addictive game.

Here is another game that is taking the world by storm. 8 Ball Pool has its online community that keeps discussing tricks and tips. This game is like a real pool with various challenging arenas and random challenging partners. You can also challenge your other online friends. Different fields have different bets and prizes. You can level up and buy cues in exchange for coins or notes you win. Can be downloaded for free from google play Store and can be played on android, pc, ios.

No list will be completed without this game. Highly addictive and brainstorming, the craze of this game is yet to end, and this game has attracted almost everyone at least for once in their lifetime. Can be downloaded from Google Play for free and support ios, android, and pc. This game has unlimited levels and leaves the players wanting for more, that’s the craze.
Subway Surfers

Last, in the list, it is easiest of them all. Collecting coins while running and grabbing offers to receive various gifts in the game. Supported by ios and android, it is one of the best game for children to keep them busy. Plus point, it’s free.

Here are the various games on the Android platform that are like and unlike Minecraft and also are the alternatives. Though, it will be the best to try them all once to know which one suits your choice the best.

This article was Written by Editorial Staff of Fast Tech Buzz.